Brandon. On or around June 24.

The Saint John’s Eve Brandon is a traditional festival that takes place on or around June 24. In Bagnères-de-Luchon, the Office National des Forêts chooses a fir tree that is between 10 and 12 meters high. The employees of the city technical services then carry out the work of debarking and splitting the trunk, inserting the iron and wooden wedges, and binding it with metal bands.
On the day of the festival, several cultural associations from Luchon parade down the main avenue: first, the Company of Guides on horseback, who are accompanied by the Municipal Band, and then the Fils de Luchon folk group and the Quadrille Luchonnais, who perform folk dances in traditional costume in front of the thermal baths. In the evening, the brandon is blessed by the parish priest, who also sets it alight, together with the mayor. This festival attracts a large number of tourists.
A second brandon, called the Saint Peter’s Brandon, is lit on the 29 June by the Bagnères-de-Luchon fire service association, followed by a meal served in the Courtat neighbourhood. 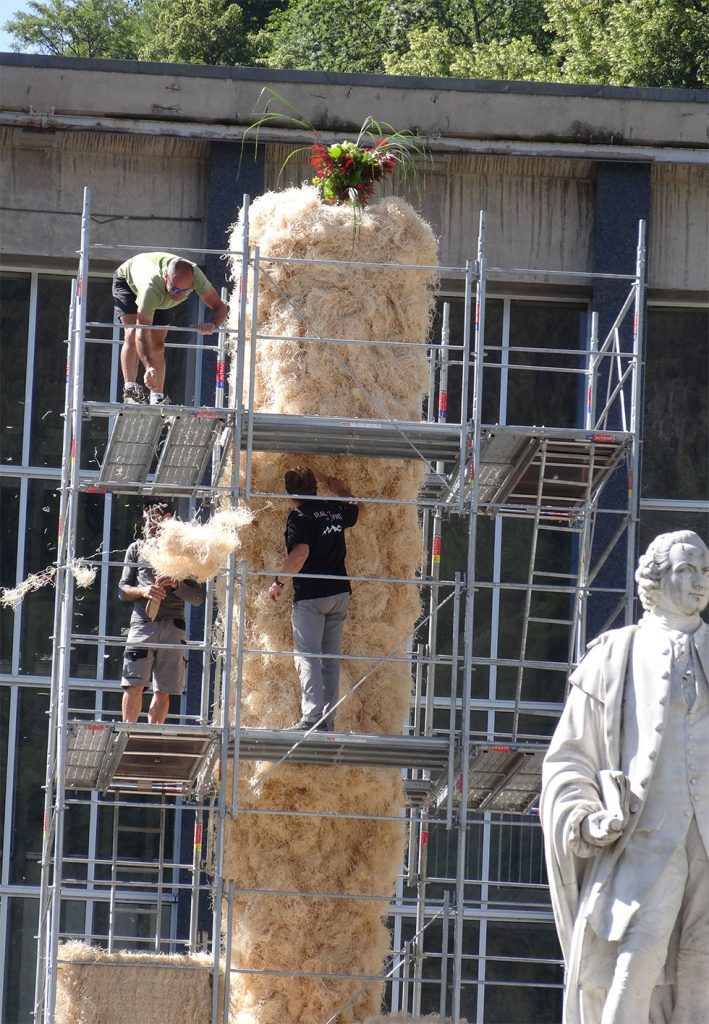 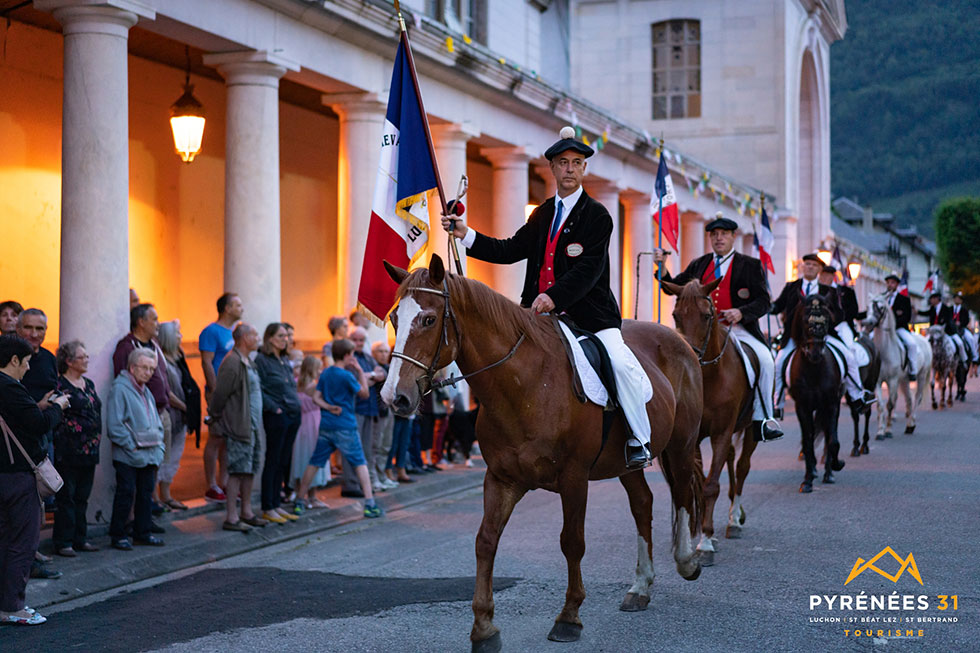 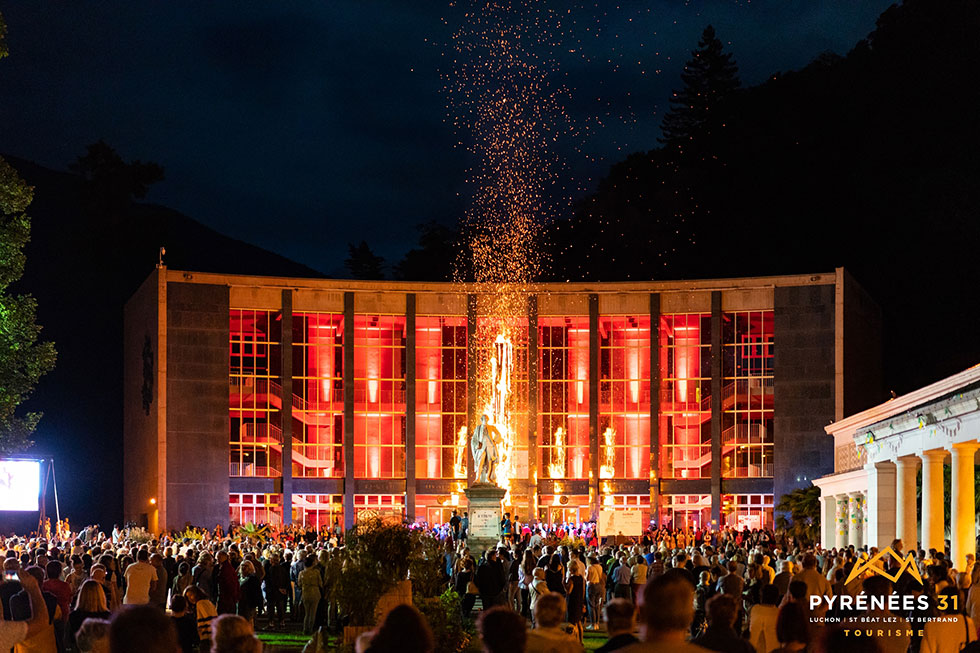 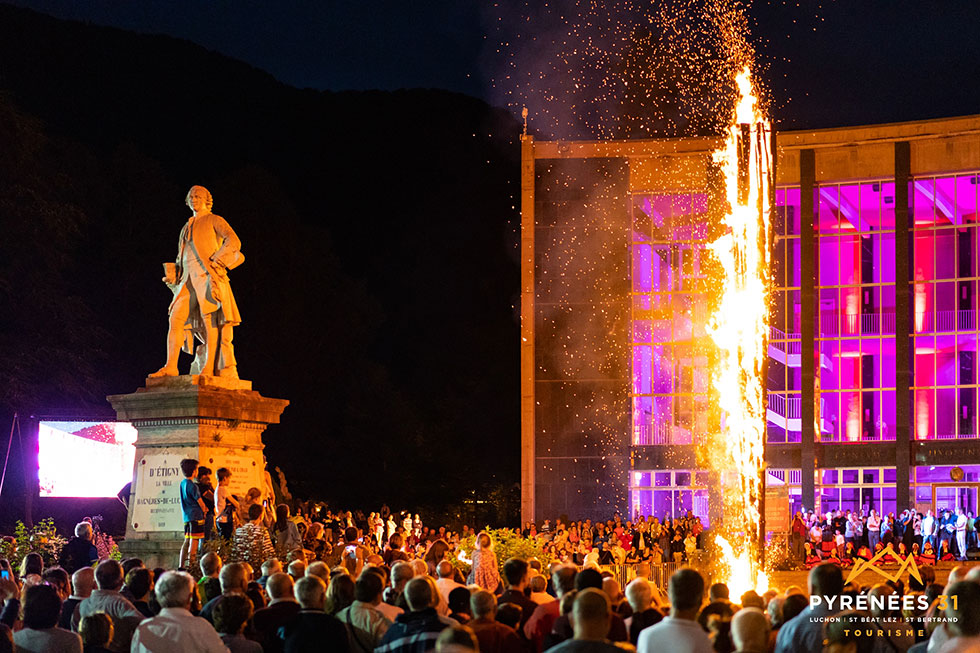 Erected between the statue of Etigny and the thermal baths, the brandon is lit in front of a large audience, June 23, 2018 © Anthony Gonzalez – OT Pyrenees 31 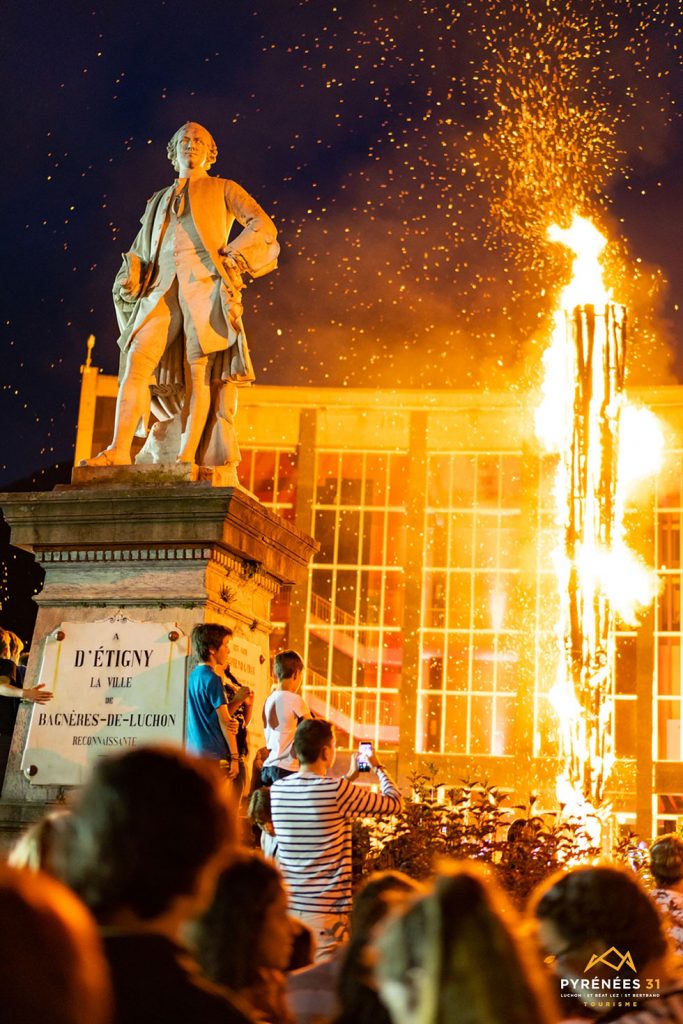 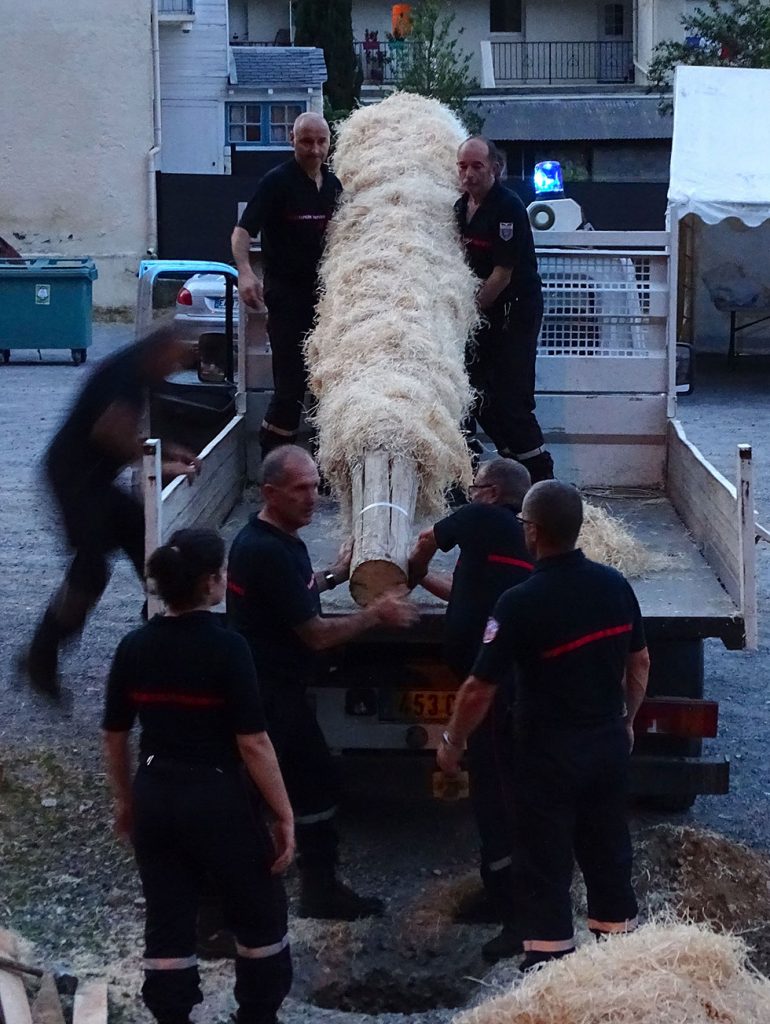 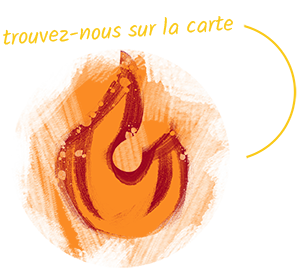